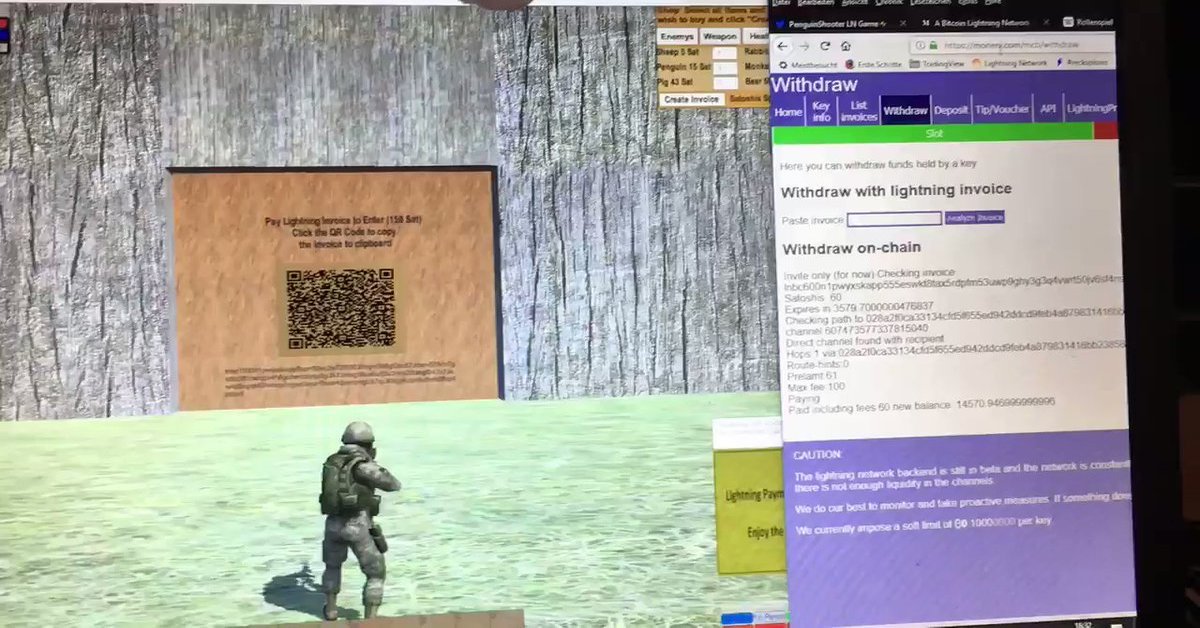 A Bitcoin fan named “BR_Robin” has shared through his Twitter account a video game where players can use real Bitcoin to interact with the platform and other players. Within the game, one can buy objects, pay to be granted access to special zones, or buy items that can be used inside of the game.


Thanks to the software that BR_Bank has developed, one can transact in Bitcoin at amazingly high speeds and enjoy a very fluent virtual experience. For a regular Bitcoin user, it does not look like one is executing payments in real BTC, because the speed of transactions is of only a few seconds.

The incredible speed of this system is obtained thanks to Lightning Network (LN). LN is a totally new network that has been under development since Joseph Poon and Thaddeus Dryja published the Lightning Whitepaper in 2015. One can have a personal node —like a wallet— in the Network and transact with 100% real, authentic Bitcoin.

Transacting via LN allows one to make payments with Bitcoin at speeds that were previously impossible in Bitcoin’s main network. The game that BR_Robin created is actually a demonstration game. BR_Robin explains that he wants people to see how micropayments can be made within a video game, instantaneously.

The game is called Penguin Shooter and in the Twitter account of BR_Robin, you can see a video demonstration of how LN works within the game. Thanks to LN, a new range of video games could be born now. BR_Robin’s noble objective will undoubtedly enable thousands of professional developers envision the huge potential of LN in virtual environments.

WHAT EXACTLY IS THE LIGHTNING NETWORK?

The Lightning Network (LN) is a second layer protocol that runs on top of a Blockchain, in this case the Bitcoin Blockchain. The network is a set of interconnected nodes. Each node is a computer running the special software created to maintain one center of lightning transactions. LN enables extremely fast transactions between participating nodes. Anybody with a regular computer, or even an older machine, can run a node.

As such, LN is a peer-to-peer system for making micropayments through a network of bidirectional payment channels. LN is basically an extra network that works ‘outside’ of Bitcoin’s main chain. LN’s transactions are not recorded in Bitcoin’s Blockchain. For this reason, it is thought that LN is better for microtransactions. For big transactions, the main chain can be used as usual.

LN can be infinitely interconnected with the Blockchain allowing its users to transact with value of the Blockchain at an astonishingly high speed executing thousands of transactions per second and, in the future, possibly even millions. This transaction power is unthinkable in Bitcoin’s main chain.

THE BEAUTY AND POWER OF BF_BANK’S DEMO

Transacting via LN allows one to make payments with Bitcoin at speeds that are unheard of in Bitcoin’s main network but can be appreciated in BR_Robin’s video game.

On January 19th, BR_Robin released the demo with a tweet saying “I just finished my Lightning Network RPG, in which you can buy stuff via the BTC LN. Open a door, spawn monsters or buy a tiger. Invoices are displayed within the game and can be copied to clipboard or scanned with your mobile LN wallet. Test it yourself” (https://twitter.com/BR_Robin/status/1086646215427555329).

A moment later, he added, “The game is available as a .exe file for windows. After you open it, your game will connect to my LN node and create invoices. After they are paid you can see the reactions in your game almost in real time. Try to open a door for half a cent.” (https://twitter.com/BR_Robin/status/1086646790122811392).

Later in the same day, BR_Robin created and uploaded a video where he shows how a character of the game arrives to a gate and, in order to open the gate and gain access to a chamber, one has to copy a LN QR-code that can be used in a LN wallet to pay for access. The demonstration is so vivid and makes the whole process look so smooth and easy, that one ends up feeling tangibly convinced of the enhanced power Bitcoin gains when used through Lightning. (https://twitter.com/BR_Robin/status/1086648655459876869).

One more recommendable video is the one presented in the following tweet: “The next video for my #LightningNetwork demo game. Look at the top left below the green “Connected” panel. The “LN Ping” is a counter starting when creating an invoice and it stops when it is paid. Would you be able to provide your credit card info in less than 5 sec? 😉#Bitcoin” (https://twitter.com/BR_Robin/status/1086745606981410817).

On January 24th, BR_Robin appears in his YouTube channel “PenguinShooter – BTC Lightning” showing in a clearer way some scenes of the game where one can see better how LN QR-codes operate in the game and how a man character can buy objects such as weapons or some snacks using actual Satoshis, the term denoting Bitcoin’s smallest units.

The video has the name of “Twitch supports streamer with ingame payments via Bitcoin Lightning Network” and here —who apparently is— BR_Robin himself explains how a transaction in Satoshis is done. In the video it also stressed that, for better performance, the player can have next to the game, a Mobile Lightning App on, what makes switching from the game to payment interface a very amicable one-step process. (https://www.youtube.com/watch?v=v0DziymX7l8).

THE FUTURE OF LN

After watching such a realistic and complete demonstration of how Bitcoin transactions can be done at almost the speed of light, and after enjoying a totally legitimate Bitcoin video-game that does not requiere waiting time or annoying pauses associated with each transaction, one cannot help but take hands to one’s head and say, “Bitcoin is the future”.

Anyone who looks closely at these demos and who can calculate what this technology provided by the LN can do if it scales globally, of course, will also understand that there are many surprises in store for the future of BTC. If LN already has the capacity to execute payments at the speed required by a video game, we may be just half a step away from seeing brick-and-mortar retailers accepting payments in Bitcoin, the father of all Cryptos.

What do you think about the Lightning Network? 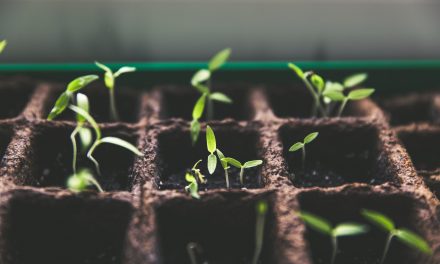