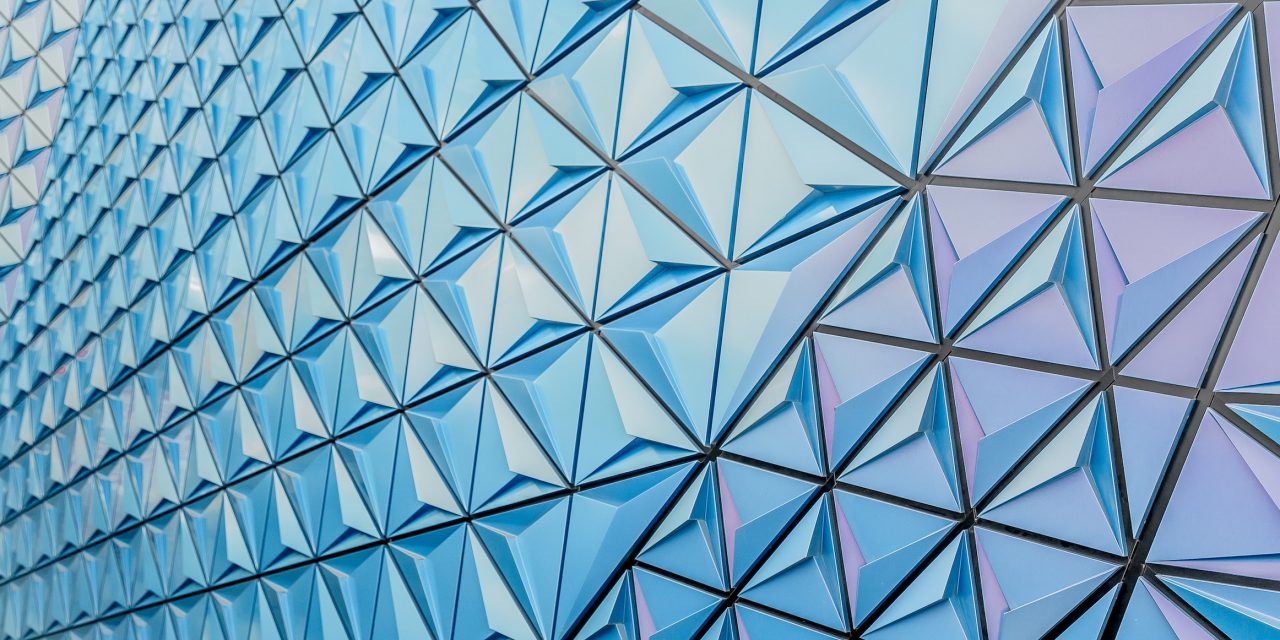 Unlike so many other #blockchain projects, Ethereum Classic is unique; resurrected from abandonment & 2016 massive selloffs (EF & co) only to more fairly distribute $ETC.


An intense bullish sentiment has been perceived in Ethereum Classic’s Twitter account every single day so far of this year. Tweets like [The growth of $ETC is not only shown in the addition of several exchanges, but is also within the developer and #dapp communities], and [Ethereum Classic ETC Handles More Daily Transactions Than #BCH, #LTC, #Dash & #ZEC] signify how positive and proud the ETC community is about their project.

Ethereum Classic is an open-source, public, blockchain-based distributed computing platform. It was derived from Ethereum, the Blockchain originally founded by Vitalik Buterin’s initial group. For some time, both projects were one: “Ethereum”. ETC provides a decentralized Turing-complete virtual machine, the Ethereum Virtual Machine (EVM). On top of it, anybody can run computer programs, well-known in the industry as Smart Contracts.

ETC was born, according to its most known history, out of an extremely controversial story. In May 2016, a venture capital fund called “The DAO”, built on the original Ethereum network, raised around $168 million with the noble intention of investing people’s money in projects using smart contracts. In June, 3.6 million Ether (approximately $50 million USD) were siphoned out from accounts of The DAO and moved to another account without the owners’ consent. This is known as the infamous DAO Hack.

Members of The DAO and the Ethereum community debated on what actions should —or should not— be taken in order to resolve the situation. A vote was held and in July 2016, as a result of general consensus, it was decided to implement a hard fork in the Ethereum code. Originally, Ethereum had been built based on principles of immutability similar to Bitcoin and on the belief that no body should have the political power to tamper the data of the Blockchain.

The result of the vote and the resolution that it imposed, nonetheless, was in favor of destroying immutability and represented a precedent of centralized manipulation of the Blockchain conducted in order to restore the millions of dollars that had been stolen. The Hard Fork was a product of a centralized decision and was implemented by brutal force in order to move the Ether from the hackers’ accounts and send it back to the owners from whom it had been stolen.

Ethereum Classic came into existence because some members of the Ethereum community would not approve the Hard Fork on the grounds of “immutability”. Originally, Bitcoin and Ethereum were born based on this principle, according to which the blockchain cannot be changed. For a matter of principles, they decided to keep using the unforked version of Ethereum. From this moment on, there exists two different Blockchains: Ethereum and Ethereum Classic. To ETC, creating one precedent of Blockchain’s data manipulation was a very wrong way to go. If something like this can be done once, it can be done many times and this goes against the part of the problems that Blockchain attempts to solve: centralization and corruption.

Since then, Ethereum Classic’s devs and community had to unite, rethink goals and their future, and work hard for years. They have grown strong in their philosophy and values to an extent where many people have called ETC the second Bitcoin. In the following paragraphs, it becomes visible how the spirit and vision of ETC has not changed.

This year, ETC has had an enormous presence in the market, not only because they are now listed in Coinbase —probably one of the most respected Cryptocurrency Exchanges on the planet—, but because of the level of adoption and daily liquidity ETC has. It is more alive than ever and even considered one of the potential “Ethereum Killers” (a phrase that refers to Ethereum’s biggest competitors), just like Cardano, NEO or Stellar.

If one takes a good look at the last months of ETC’s activity on their official Twitter account, they may feel as though they’re being part of the revolution Satoshi Nakamoto started back in 2009. Let us study here how the team’s tweets confirm the validity of ETC’s values and their vision for the future. The following are tweets* posted by ETC during November and December 2018. In ETC’s most recent activity, one can undoubtedly feel the oldest and most fundamental motivations for Blockchain and Cryptocurrency existence as a means of empowerment for millions of people throughout the world.

ON THE FOUNDATIONAL PRINCIPES

Ethereum Classic has developed a self-identity very similar to the original identity of Ethereum and Bitcoin, centered in having a maximum supply of coins, in immutability, in being a World Supercomputer with undiscriminated access for all the people of the world, and, of course, centered in the values of the 2016 Hard Fork caused by the DAO Hack.

[Unlike so many other #blockchain projects Ethereum Classic is unique; resurrected from abandonment & 2016 massive selloffs (EF & co) only to more fairly distribute $ETC.]

[“$ETC is specifically Turing-complete and PoW. If we stick to our principles & keep building the best technology, in the long terms it will be reflected in the price.”]

[The intellectual & financial efforts behind the $ETC place it in a unique market position (Turing complete, immutable and Proof of Work).]

[The maximum number of #bitcoins that will ever be in circulation is 21 million. $ETC is similar in that it caps token supply at 210M.]

[”If you break the monetary supply guarantee, you’re exposed to new issuance in perpetuity.”]

[The Magic of $ETC is that there is no leader, there is no one in charge. There’s just lots of really passionate amazing people, much like #Bitcoin.]

[You cant point to a person who’s deciding where the platform is going to go, it’s not possible.]

[The Ethereum hard fork went against the very principle of immutability by intervening on behalf of a third-party contract deployed on ETH network.]

[Many developers disapproved of the Fork and kept working on the existing Ethereum blockchain network now known as Ethereum Classic.]

ON THE BASIC VALUE OF “IMMUTABILITY”

[Immutability or no #blockchain.]

[$ETC has one of the most sound views on what even is a #blockchain. There’s this property called #immutability & some of us prioritize it as the most awesome breakthrough of blockchains.]

[ETC is immutable so it can be permissionless for everyone in the world.]

[In the end, its the community that decides where we take the project. $ETC].

[What is decentralized computing? This is what we are building to make this future a reality on Ethereum Classic.]

[ETC is resilient because it’s PoW and community control is distributed as widely as possible. We move the pain of controversial decisions to our social layer, rather than our blockchain.]

[h/t to Bitcoin for the inspiration.]

[Devices at the edges will be free to increase performance as they are liberated from the bottlenecks of centralized servers.]

[Decentralization and immutability must be the main principles of any public blockchain. #CodeIsLaw #PoW #FixedSupply #Ungovernance #JoinTheGreenSide #EthereumClassic #ETC #ETCDEV].

[“No group can rule your value or rule your exchange of value which is why truly decentralized blockchains, such as BTC and ETC, are accessible to everyone by protecting the human right to exchange and store value.”]

[“If #cryptocurrency is to survive then its communities need to not only be decentralized, but distributed.”]

ON THE NEW VISION: IoT

[The future of $ETC tech is headed to #IoT & seems to have cracked the industry. However, ETC developers are not in a hurry to hype up their route to the market]

[Interest in $ETC arises from institutions that see a significant player in the #IoT space, positioning itself at the forefront of the ‘Fourth Industrial Revolution.’]

[Ethereum Classic is not only for security, but also for computing efficiency.]

[We believe that ETC will be the premier blockchain for decentralized computing, Internet of Things, and smart contracts.] 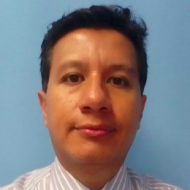 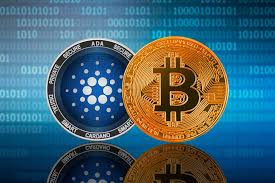 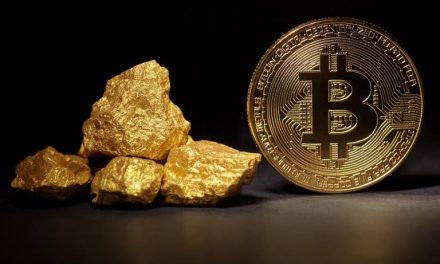 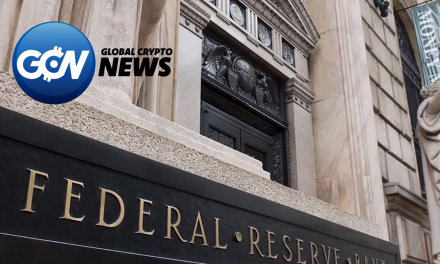