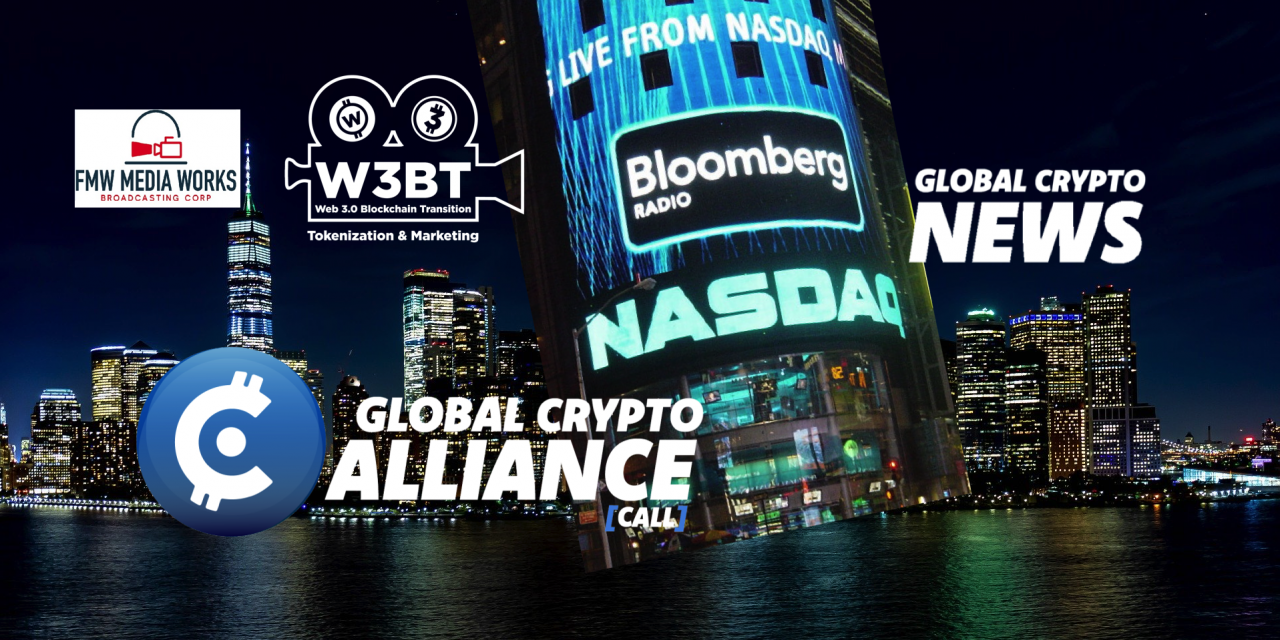 Global Crypto Alliance Films Blockchain-Related TV Series on NASDAQ NYC for US television during 2020 and 2021.


VALLETTA, Malta, Dec. 02, 2019 (GCNews.io Release) — Global Crypto Alliance (GCA) partners with FMW Media Corp., renown television broadcasting company that will feature what GCA is all about starting December 2019 over the next 2 years . FMW Media Corp. operates one of the longest running U.S and internationally-sponsored programming T.V. brands NewToTheStreet, and its blockchain show Exploring The Block.

Recently in GCA, we were able to establish a high level partnership thanks to the the alliance with W3BT, an advanced startup that showcases blockchain technology into working models through their Tokenization process. W3BT develops your token and – even if you already have a token – helps you become the authority with W3BT’s powerful TV Marketing services for tokenized companies.

The first TV special on the Global Crypto Alliance will be recorded at NASDAQ in New York City in the second week of December. This will be the first of 24 interviews that will be filmed and broadcast to the world over the next two years on the TV series Exploring The Block.

Today, GlobeNewswire featured the news on their official website under the title FMW Media Introduces New Clients to its 2020 Network Broadcasts. In their press release, FMW highlights GCA as follows.

“Lead Blockchain Dev & Head of GCSecurity built CALL, the very first ERC777-based, multi-utility token that was ever deployed on the Ethereum Network. It represents a huge leap forward in smart contract technology, by way of Ethereum’s progressive ERC777 protocol (most likely to supersede ERC20) and features Batch Transfer Capability”.

“Packed full of unique & enhanced functionalities, CALL token will be leveraged both inside and outside the GCNews ecosystem, facilitating voting competitions in conjunction with several partner entities and expanding into applications such as rental applications. For example, its smart contract can unlock smart locks for clients AirBnB by simply sending ‘CALL’ tokens to it”.

The words by René Bogislawski, CEO of Global Crypto Alliance Ltd (CALL) as cited in the press release.

We are excited to be partnering with FMW Media Works and W3BT, which will allow us to broadcast our next-level, ERC777-based smart contract tech and disruptive business models behind Global Crypto Alliance’s first product, GCNews.io, as well as GCSecurity, our service responsible for cutting-edge blockchain technology.

This collaboration will afford us the opportunity to showcase what we’re all about to an absolutely breathtaking number of people around the globe by being featured on ‘New To The Street,’ ‘Innovators with Jane King,’ FOX Business Network, and Bloomberg TV over the next couple years. This level of exposure will also boost our awareness which other projects will be able to engage or join our team to have their smart contracts upgraded from ERC20 to the next level of ERC777 and more.

This monthly series of 24 episodes in which the Global Crypto Alliance will be presented through US & international television for the whole world, represents a great step for our organization in particular and for the entire crypto sphere, too. Virtually millions of non crypto-related viewers will have the opportunity to know about the blockchain and cryptocurrency universe through this series.

FMW Media Corp. operates one of the longest running U.S and International sponsored programming T.V. brands “NewToTheStreet,” and its blockchain show “Exploring The Block.” Since 2009, these brands run shows across major U.S. Television networks.  These TV platforms reach over 540 million homes both in US and international markets.  Developing 2-additional shows “TheBestinNY” and “The Ultimate Listing,” FMW commences new broadcasting in early 2020.

W3BT believes blockchain technology is the future economic system and internet infrastructure. Companies, Universities and other Organizations that integrate blockchain technology into their working models are now disrupting their space and securing their future success & relevance. W3BT integrates blockchain technology into working models through their Tokenization process. Once W3BT develops your token or if you already have a token you can become the authority with W3BT’s powerful TV Marketing services for tokenized companies. Get filmed on The NASDAQ Floor in NYC and then featured on FMW’s Blockchain TV show: “Exploring The Block” which is aired on FOX Business, Bloomberg (U.S. and/or International), iSUN Asia, KRON, Cumulus Media, Cultura Colectiva, ionTV and more (potential reach of 2 billion people). https://W3BT.io 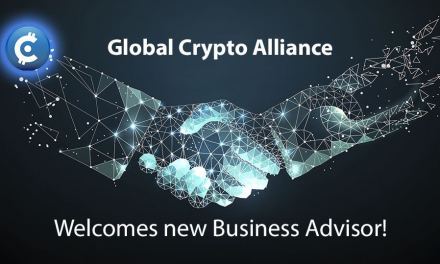 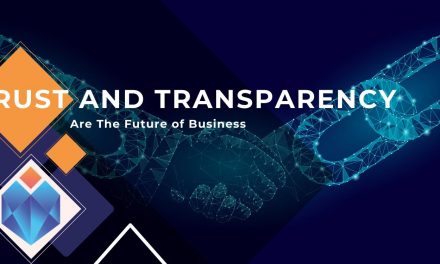 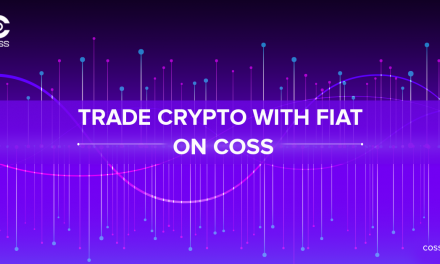 Trade Crypto with FIAT on COSS with low fees 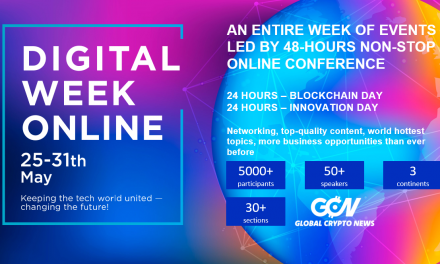